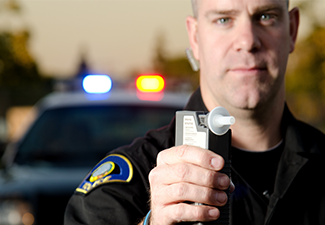 You’re out celebrating a birthday or just the onset of the weekend with friends, and you down a few drinks before heading home. The problem with this scenario is if the police pull you over for a broken tail light or speeding and detect that you’ve been drinking, it is likely you will face a driving under the influence (DUI) charge.

The standard blood alcohol concentration (BAC) for a per se DUI is 0.08 percent. A 120-pound woman can reach that level after consuming two drinks in one hour. For a 180-pound man, it takes about four drinks in an hour.

If the police pull you over, they may ask you to take a field sobriety test – the walking, standing, and turning exercise – or administer a breathalyzer test. They might also take you to the station and administer a blood test. What are your rights if they ask you to submit to these tests?

If you’re facing DUI charges in or around York, Pennsylvania, and want to know your rights when it comes to testing for BAC levels, contact Korey Leslie, Attorney-At-Law, LLC.

We proudly serve clients in Lancaster, Harrisburg, and Camp Hill, Pennsylvania. We will fight for your rights under the law and help you achieve the best result possible.

Depending on whether your DUI is a first-time offense, a repeat offense, or a high BAC, penalties can range from a $300 fine and six months’ probation up to 7 years in jail, a fine up to $15,000, and a license suspension of 18 months. Your insurance premium will skyrocket if your policy is not outright canceled.

The first thing to remember about a DUI arrest is that officers must have probable cause to take you in. You may be pulled over for a routine traffic light violation or even a U-turn, but if the officer smells alcohol on you or suspects you’re under the influence by the way you act and talk, they can conduct further testing to see if you’re indeed intoxicated above the limit.

Can you refuse these tests? Under Pennsylvania’s implied consent law, every driver is deemed to have given their consent to one or more tests of the person’s breath or blood. However, the implied consent requirement applies only if you are legally detained for suspicion of driving under the influence.

Accordingly, you can not only refuse a field sobriety test but also a breathalyzer test performed on the scene of the arrest. Once you get to the station, implied consent kicks in, and your refusal can result in an immediate suspension of your license, which would run consecutively with any subsequent DUI suspension you receive.

A field sobriety test is one we’ve seen countless times on TV dramas. An officer pulls someone over, gets suspicious that they may have been drinking, and asks the driver to step out and perform some walking and turning routines.

Actually, of all the field sobriety tests, the National Highway Traffic Safety Administration (NHTSA) concluded from studies that the most effective doesn’t even involve physical challenges. What is called the Horizontal Gaze Nystagmus (HGN) test is considered the most accurate.

The other two tests that NHTSA considers fairly accurate are the walk-and-turn (WAT) and the one-leg stand (OLS). For WAT, the police ask you to walk heel-to-toe for nine steps, then turn around and do the same. For OLS, you must stand with one foot elevated six inches while counting aloud for 30 seconds.

You can refuse a sobriety test, but if the officer has reasonable suspicion of your driving under the influence, you can be taken in for a blood test.

A breathalyzer is a form of a blood test, but it does not require a blood sample and thus is not as accurate as an actual laboratory test. It will often be used on the scene of the traffic stop or administered at the station where they have more sophisticated equipment. A blood test is an actual draw of the blood to be analyzed at a laboratory. It could be done at the station or a nearby medical facility.

The point to remember is that, under implied consent, it is not a requirement to submit to tests until you are taken in. Also, the longer the interval between your arrest and the administering of the blood test, the better your BAC has a chance of subsiding below the per se level of a DUI or 0.08 percent. Per se is all the proof they need to charge you with a DUI.

If you end up being charged with a DUI, remember that a conviction will not only inconvenience your life if it’s a first offense – even worse if it’s a subsequent offense – it will also result in a higher insurance premium if not a cancellation of your policy.

Officers and prosecutors make mistakes, and even blood samples can be contaminated or mishandled. There are ways to challenge the evidence against you.

For skilled representation and a strong defense of your rights, contact our team at Korey Leslie, Attorney-At-Law, LLC, if you’re anywhere in or around York, Pennsylvania.