Creative Strategies That Help You

Increase Your Chances of Success 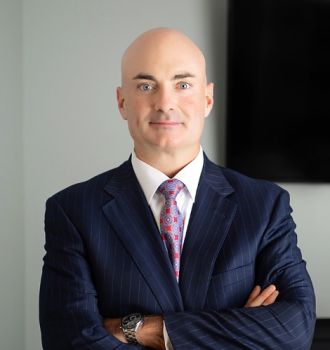 The Attorney You Want in Your Corner

Experience as A York, PA., Attorney Gives Korey Leslie an Edge in The Courtroom

Combining his competitive nature with a passion for protecting his client’s constitutional rights makes Korey Leslie the attorney you want on your side.

A fighter in the courtroom, he’s ready to stand up for people who have been accused of committing a crime.

“Often times, people don’t know where to turn and don’t know what’s at stake if they are convicted of a crime,” Mr. Leslie says. “I offer my clients peace of mind so they know exactly what to expect in each step of the case.”

With more than 10 years of experience as a York, Pa., attorney, Mr. Leslie has developed professional working relationships with the court and court-related personnel, law enforcement, the defense bar, and countless community leaders.

Whether he’s meeting with a client in jail, standing beside his client in the courtroom or discussing a case with prosecutors or police officers, Mr. Leslie is committed to defending the rights of Pennsylvania residents as a York, Pa., lawyer.

Call him for a free consultation to discuss a case and find out if he is the right attorney to defend you.

Getting His Start in York, PA.

After graduating in 2000 from Virginia Tech with a bachelor’s in business management, Mr. Leslie attended Widener University School of Law in Harrisburg, Pa., where he received his Juris Doctor in 2003.

Soon after, he began his career as a York, Pa., defense attorney by working with the law firm of Nealon Gover and Perry, where he worked full time out of the York office. It was there that he developed relationships and established himself in the community.

Mr. Leslie strives to stay on top of new laws and changes in the court system by completing continuing legal education each year. He is also death penalty certified, allowing him to fight as a Central PA defense attorney for those facing capital punishment.

Mr. Leslie is admitted to practice before the Court of Common Pleas of all counties in the Commonwealth of Pennsylvania and the United States District Court for the Middle District of Pennsylvania.

In his free time, he works for the community as a member of the Fairview Township Board of Supervisors.

Call for A Free Consultation

If you think your rights are in jeopardy, call Korey Leslie today to set up a free consultation and find out why he’s the York, Pa., criminal defense attorney you want in your corner