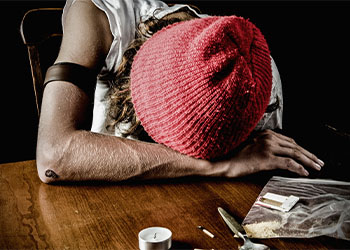 According to the Office of the Pennsylvania Attorney General, the heroin and opioid epidemic is the “number one public health and safety challenge” facing the Commonwealth. In 2021, 5,168 Pennsylvanians died from overdoses, and an average of 14 persons continue to perish each day. Pennsylvania has the third highest use of heroin in the nation and is seventh in the number of deaths due to heroin overdose.

Mere possession of heroin is a serious crime in Pennsylvania, while prescription opioids such as Oxycodone and Hydrocodone appear on Schedule II of the Controlled Substances Act (CSA), making them illegal to sell or distribute outside of the medical-pharmaceutical industry.

If you or a loved one is being investigated or charged with a crime related to the possession, sale, or distribution of a controlled substance in or around York, Pennsylvania, contact our team at Korey Leslie, Attorney-At-Law, LLC. Every case is different, and we have the resources to develop a defense strategy based on your specific circumstances. We proudly serve clients in Harrisburg, Lancaster, and Camp Hill, Pennsylvania.

As briefly described above, Pennsylvania’s heroin and opioid abuse and fatality statistics are among the top ten in the country. In the early 2000s, heroin began replacing cocaine as the drug of choice for many, and at about the same time, prescription opioids also took off with a push from the pharmaceutical companies. In addition to Oxycodone and Hydrocodone, opioids include OxyContin, Percocet, Vicodin, and Codeine.

With that many pills in circulation, it’s no wonder that abuse and addiction started to spread. When prescribed opioids end up in the illicit drug trade, the DEA terms this “diversion.”

As for heroin, the DEA reports that its use is on the rise in the Commonwealth, saying the product is “abundant throughout Pennsylvania.” The DEA also warns that heroin is now often being laced with fentanyl, and sometimes fentanyl is masqueraded and sold as heroin. Fentanyl, of course, can be a deadly killer.

Effects and Symptoms of Heroin and Opioid Abuse

Heroin has both short-term and long-term effects. In the short term, the user can experience dry mouth, nausea and vomiting, a warm flushing of the skin, and bouts of conscious and semiconscious states called going “on the nod.” Long-term effects include insomnia, infection of the heart lining, liver and kidney disease, mental disorders, and more.

The most obvious signs of a heroin user are collapsed veins on those who inject the drug and damaged tissue inside the nose on those who sniff or snort it.

As for opioid abuse, it is harder to detect in the early stages. According to the Wellness Resource Center, the symptoms and signs of opioid abuse can be broken down into four categories: behavioral, physical, cognitive, and psychosocial:

Even possessing heroin can have serious consequences. Pennsylvania classifies heroin as a Schedule I substance, and if you are caught in possession of it, you can be subject to a mandatory minimum prison sentence of one year and a fine of up to $5,000.

A more serious charge is possession with the intent to deliver (PWID). Depending on the substance, the penalties vary. For heroin, a PWID conviction can land you behind bars for 360 months, along with a fine of $250,000. Since opioids are also controlled substances, if you are selling or delivering them on the illicit drug market, you could also be charged with a PWID.

If you or a loved one are being investigated for or charged with a drug crime, the consequences can be serious. Even a mere possession conviction can have lifelong consequences, including a criminal record that will make obtaining employment, public benefits, and even housing more difficult.

If you’re in Lancaster, Harrisburg, Camp Hill, or York, Pennsylvania, contact our team at Korey Leslie, Attorney-At-Law, LLC, immediately for a free consultation. We can work together to develop a strong defense strategy.