Driving High: What Happens If I Get a Marijuana DUI? 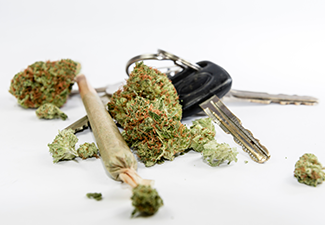 In the past two decades, states across the country have taken steps to legalize medical marijuana as well as recreational marijuana. And although it’s hard to say exactly what impact this has had on levels of marijuana consumption, it does bring up important questions about what the penalties are for driving high and what happens if you’re arrested for driving under the influence (DUI) of cannabis.

If you’ve recently been issued a DUI for marijuana and are in the York, Pennsylvania, area, contact our team today to speak with a qualified criminal defense attorney. At Korey Leslie, Attorney-At-Law, LLC, we can represent clients throughout the area including Lancaster, Harrisburg, and Camp Hill.

In 2016, Pennsylvania passed a law that legalized medical marijuana, but the state has yet to legalize recreational marijuana. Therefore, you can still be charged with a crime for possessing marijuana without a proper medical marijuana license. That said, even if you are using pot legally in the state, it’s still illegal to operate a vehicle while you’re under the influence, much as alcohol is legal to consume if you’re over the age of 21, but you can still be arrested for driving drunk.

DUI of Marijuana in Pennsylvania

As with most states, Pennsylvania has clear laws that define what it means to be “under the influence,” but these mostly tie directly to alcohol and not marijuana. In this state, you’re considered “impaired” if you’re unable to operate a vehicle safely. For alcohol consumption, this can be tested fairly easily using a breathalyzer which measures your blood alcohol content (BAC). If your BAC is above 0.08%, then you’re over the legal limit. This limit is lowered for commercial drivers (0.04%) and minors under the age of 21 (0.02%).

However, there’s no similar chemical test that accurately measures for marijuana and because of this, there are no legal limits in place. Consequently, arresting officers must use other means to determine whether you’re impaired such as looking for delayed speech, unusual driving, or the smell of marijuana, or they may ask you to perform one or more field sobriety tests.

In general, the penalties associated with a DUI for pot are the same for a DUI for alcohol, and the consequences will vary depending on how many (if any) DUIs you’ve been convicted of in the past. In Pennsylvania, DUI penalties also increase along with your BAC level. If you’re determined to be only slightly impaired and it’s your first offense, you could get away with a small fine and six months of probation. However, if you’re severely impaired, your first offense could bring with it jail time, fines, and a license suspension of at least 12 months.

In some cases, because there’s no definitive test that measures your level of marijuana impairment, you’ll have more options for your defense. One option you may have is arguing that you weren’t actually impaired at the time of your arrest. Depending on the available evidence, you may have a case that the arresting officer lacked the training to accurately assess you or that there were flaws in the roadside sobriety tests they asked you to perform.

Alternatively, if you did take a blood test that indicated you had THC in your system, your lawyer may be able to argue that though this was true, you weren’t actually high while driving because THC can stay in your system for weeks or months after you ingest it.

Skilled Advocacy By Your Side

If you’re in the York, Pennsylvania, area and would like to speak with an experienced attorney about a recent marijuana DUI you received, reach out to us at Korey Leslie, Attorney-At-Law, LLC.

Weapons Charges in Pennsylvania Driving High: What Happens If I Get a Marijuana DUI? Winter Driving Accidents The Heroin & Opioid Epidemic